Trekking into the mountains certainly comes with various risks. And it is natural for anyone to be curious about the Everest Base Camp trek deaths.

During the Everest Base Camp trek, you will ascend to 5545 meters altitude at Kala Patthar. Also, do note that the weather in the mountains is quite unpredictable. You will be exposed to hostile weather and surroundings for many days.

The deaths rate in the Everest Base Camp trek is quite uncommon. However, this trek brings some tragedy to the life of trekkers despite the adventures it offers.

In comparison to summiting or attempting to Everest summit, the Everest Base Camp trek is greatly safe. The largest number of deaths reported each year on Everest are of the climbers and Sherpas who face adverse climatic conditions.

However, the Everest Base Camp still has various risks due to its location and altitude. Getting to the base of the tallest mountain in the world i.e the Everest means you are at the risk of AMS ( Acute Mountain sickness).

To estimate roughly the minimum number of death is around 3 to 5 people each year on the EBC trek. And the maximum number would be as high as 12 to 15.

Please keep in mind that these are only estimates. Out of the 30000 people that take the trek yearly, the death rate is about 0.03%.

From the few deaths that occur each year in the Everest Base Camp trek, most are due to altitude sickness. Or underlying condition such as the heart disease that gets worse by the high altitude.

Rachel Burke, a royal navy scientist, died on her trek to Everest after she got ill from altitude sickness. Her death, however, was the result of an underlying heart condition.

Also, Debra Wilding who was trekking with her daughter and a team of 12 hikers from the UK began to struggle with breathing. She was 49 years old who also lost her life from apparent altitude sickness.

This is because, during the Everest Base Camp trek, you reach altitudes as high as 5545m. This is actually higher than many mountains in the world.

Hence proper acclimatization is a must and it is equally important to know the preventive measures.

It is, however, difficult to accurately determine the cause of deaths on the trek. This is because the most deaths in EBC trek are not reported in news.

Also, there is a various route to Everest Base Camp such as the Three Passes Trek, Jiri Trek and Gokyo Lakes Trek. These routes involve more risk than on the classic EBC trek. On these trails, you’ll encounter glaciers, rock falls and high passes etc which add risk factors to your life.

Everest Base Camp Trek Deaths Due to Avalanche 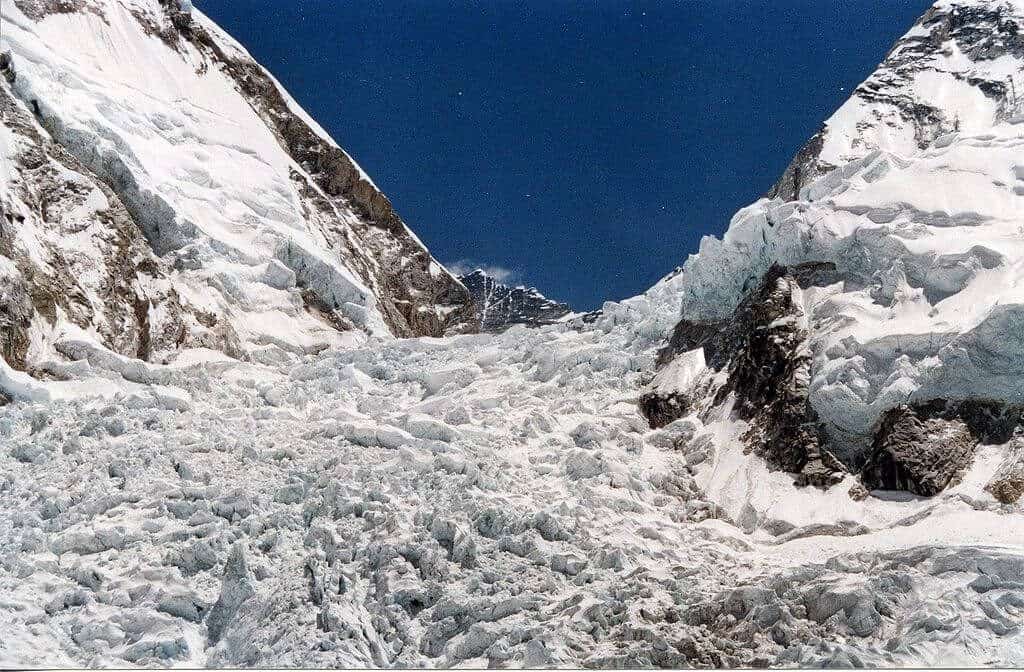 In the year 2015, a terrible earthquake took place in the beautiful and mountainous country of Nepal. With this, Everest was also the victim in front of the unstoppable.

During the shake, an avalanche struck the Everest region. This destroyed the Hillary step that descended from Pumori to the Base Camp.

In this event, at least 17 people lost their precious lives while it left 37 people injured. This was a very unfortunate incident.

Although there have been deaths at Everest Base Camp, these deaths are not in great number. In today’s world, it is very important to check your sources well before you trust anyone and jump into a conclusion.

Opting for the Everest expedition is dangerous. You need extensive training in mountaineering institutes for that. Moreover, it also involves a lot of financial investment. Also, the dangerous trails to the top of the Everest can result in deaths.

There are times when people get to the Base Camp even with their kids in the family trek route. So the number of casualties is very low in the Everest Base Camp trek.

The deaths in the Everest region are almost all related to altitude. It includes Acute mountain sickness, High Altitude Cerebral Oedema, and Pulmonary Oedema.

Anyone with the symptoms of altitude sickness should immediately reach out for help from the guide. They will advise you to remain where you are or descend to lower altitude.

And in cases like this, it is very important to follow the instructions of the guides. Most deaths occur when people try to neglect and continue to ascend and only take action when it’s too late.

Hence it is never a wise decision to be stubborn and push too hard on yourselves. The severity of Altitude sickness can grow rapidly.

And if you find someone in your group who is unable to move due to altitude sickness, you will need to immediately arrange a helicopter evacuation. This is a good part that the Everest region is well equipped with helicopter operators.

Since there has been a number of cases of people dying from heart conditions during the trek. We recommend consulting a doctor before embarking on the EBC journey. This way you will be aware of any hereditary or underlying condition you could be unaware of.

Mother Nature is full of beauty and wonder but is often unpredictable too.

You never know when the mother nature might strike you. And one of the perfect examples was the Gorkha Earthquake 2015.

One can neither prepare nor predict an incident like this. However, the good part is such events are extremely rare.

Reducing Risk on an EBC Trek

It is very important to know the difficulty of the Everest Base Camp trek. You need to be well aware of the various risks that come with trekking before embarking on the Everest region trek.

The EBC trek is safe and doable. And with a little bit of preparation, proper clothing and gear, this trek should pose little risks.

Due to its popularity, the trails on EBC trek are wide and smooth with good support.

Now although EBC trek deaths are not common, here is some list of preventative measures that will ensure a safe and enjoyable trek.

Preventive Measures During the Time of Natural Calamities

The Everest Base Camp trek is a famous trek. Despite the little risk, it is totally safe trek and is certainly worth taking.

However, we strongly recommend consulting a doctor prior to the trek. If nothing is wrong with your body, you can take your time on the trek and you will be totally fine.

Everest Base Camp trek deaths are quite rare. With proper trekking information and preventative guidelines, you can avoid various unfortunate situations.

Hence with a little bit of preparation, you can undoubtedly have a safe trek through one of the most beautiful trekking regions in the world.

For more information on this, please feel free to contact us.