It is our great pleasure to announce that; ‘TIBET IS OPEN NOW!’

From 19th, March, 2015, the Tibet Tourism Bureau has started to accept the permit application for tours into Tibet in April, 2015; like previous years, the permit is expected to be issued on 31st, March or 1st, April; That is to say there will be no problem to travel into Tibet in 2015 if there is no sudden social unrest or sensitive event take place later this year.

Like previous years, Tibet opens to foreign tourists again from the very beginning of April after the complete closure in March. To some extent, April is seen as the beginning month for Tibet inbound tourism each year and Tibet permit policy declared in each April serves like an indicator for the whole year remains. Yet, it is still very hard to expect what’s the next possible policy change could be. The new policy (restriction) could come out anytime if there is any sensitive event (anniversaries, visit by central-government officials or foreign politician) approaches or unexpected suddenness (social unrest, strike) take place.

However, we will keep you updated about latest Tibet permit policy in 2015 here if there is any new regulation come out as we are in close relationship with related bodies and rich experience in Tibet tourism.

Please drop us an email, if you have any queries to this matter.

Note:  You are requested to confirm the Tibet Tour booking at least 20 days prior to the departure as Tibet Tourism Board does not accept groups less than 15 days. 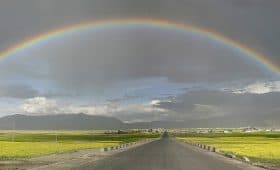 Top Activities to Do in Tibet