Nepal is undeniably the ultimate destination for trekkers around the world. Some of the best treks lie here. Although not as popular as Everest Base Camp Trek, or Annapurna Base Camp trek, Langtang Valley Trek carries its own uniqueness and significance.

Once you land in Kathmandu, Langtang is the closest area where you can reach to snow-capped mountains and glaciers. Langtang region lies to the north of Kathmandu. It shares borders with Tibet in the north, whereas southern region comprises of Gosainkunda and dozens of holy lakes high in the mountains.

Langtang trek trail is a pleasant pathway in the Himalayas. You walk through well-trodden trails, rest in local tea houses, delve into Tibetan-influenced culture, and witness panoramic views of Langtang Lirung and other snow-covered mountains. 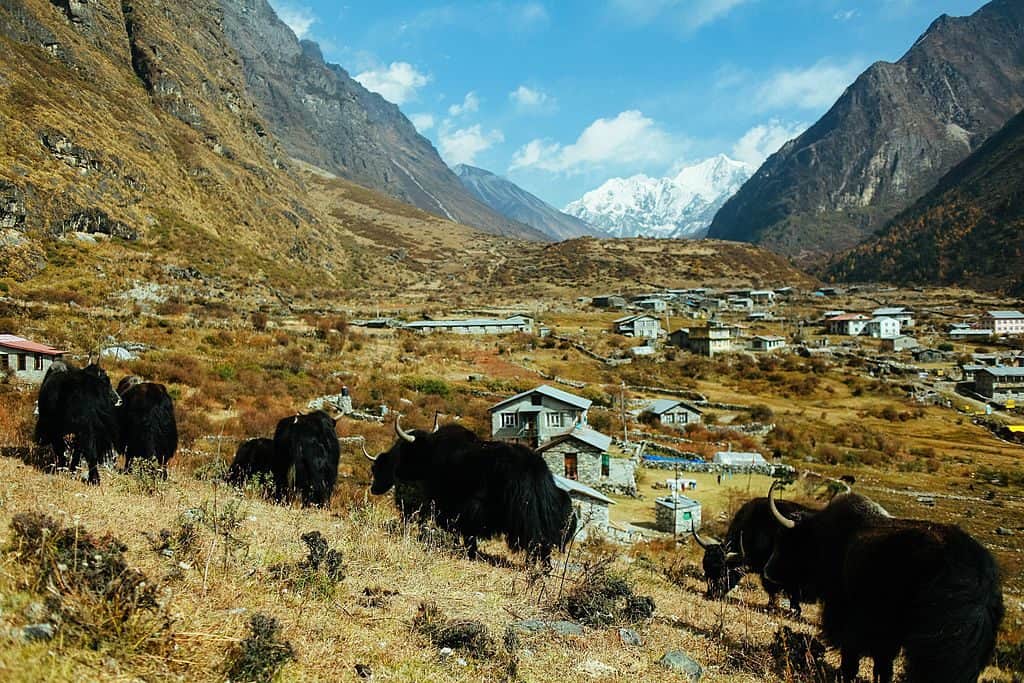 If you want to continue your trek in Langtang Region, there are several other treks available in the region.

Langtang Trek costs above $ 450 if it is a week trek. As Langtang treks are usually of 10-12 days (Langtang Trek Itinerary), the cost is usually between $650 – $850. Costs vary among trekking companies.

If you are traveling on your own, the cost may decrease but you have more stuffs to deal with. From finding transportation, accommodation to planning the entire trip, you will have to engage yourself in hustle and bustle.

Transportation does not cost much in the trek. If you are traveling on your own, you will encounter taxi fares while traveling to and from your hotel. Besides, one-way bus ticket from

Kathmandu to Syabrubesi costs about $5-$6.

If you want to hire a private jeep, it costs about $150 to reach Syabrubesi.

Likewise, accommodation in Kathmandu costs around $10 – $30 per night. Staying in tea houses during the trek is further cheap as owners charge about $2 per night.

You also need a couple of permits to visit Langtang. TIMS card costs about $20 and Langtang National Park Entry permit costs about $30 plus VAT.

Plus, you need a guide and porters to help you walk further and carry your luggage. A guide costs between $20-$30 per day, whereas a porter costs you about $15-$20.

If you travel through a travel agency, they cover all these above-mentioned costs. But, there are also costs that they don’t cover in their package. Travel insurance, lunch and dinner in Kathmandu, drinks, trekking equipment costs, and other personal expenses are among them.

Langtang Trek is a moderately difficult trek as compared to other treks in Nepal. Though you can not take it lightly, you don’t need any technical training or previous experience to climb this trek. Those who are physically fit and mentally prepared to trek above 3,000 meters, Langtang Valley trek is an ideal adventure.

The vast terrains of Langtang won’t bother fairly fit hikers. But, have morning exercise, and jog regularly for a few weeks before you come to travel. 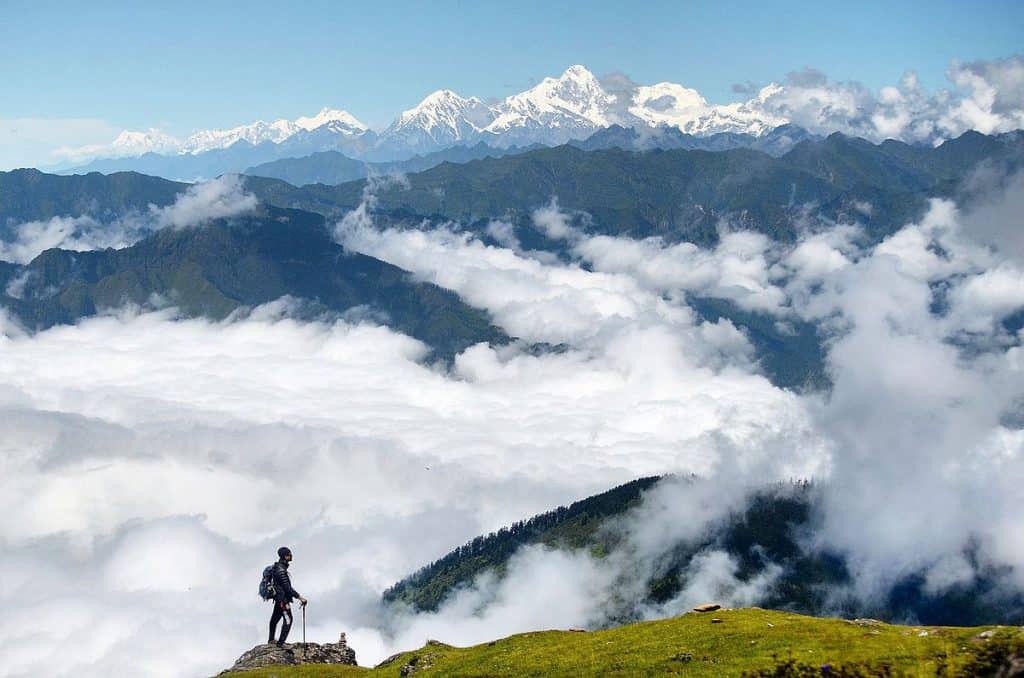 March to May and September to November are the best times to trek in Langtang Region. The temperature is mild in these months. The weather is gentle and usually dry in these seasons.

Spring season lasts from March to May which makes forests bloom with vibrant red rhododendrons. Autumn season existing from September to November is the best time to get crystal clear views of Langtang mountain range.

Beside these seasons, some trekkers trek to Langtang in other seasons as well.

June to September experiences southerly monsoon in Langtang Region. The peak rainfall season is in August. Villages in higher altitude get less rainfall than the lower areas.

If you trek to Langtang in this season, then you will probably experience slippery trails, and sometimes landslides may block trails as well. Furthermore, there will be uncertainty about whether you get the view of mountains and landscapes or not.

The region experiences Winter from December to February. During this time, there are high chances of snow blocking the passes. Moreover, many tea houses remain closed. Still, you can opt Langtang during winter if you are physically fit and emotionally daring.

Langtang suffered badly during the 2015 earthquake in Nepal. Langtang Village was completely buried under the earthquake-triggered avalanche and villages en route to Langtang Valley were also devastatingly destroyed.

It took Langtang Region a couple of years to get over the disaster. Now, Langtang Region is restored to normal. Tea houses are rebuilt, trails are reconstructed, and the trek is safe. You can visit Langtang without any suspicion.

Langtang region is off the beaten path, financially comfortable and closest to Kathmandu. Not just that, the trek does not proceed above 4500 meters, so it posses low risk; and trekkers do not need any advanced trekking gears.

You also experience rural life with Tibetan-influenced Buddhist culture and may get a chance to attend amazing festivals and ceremonies.

And there is always the ultimate target – the breathtaking views of Langtang Lirung and other mountains including Langtang Ri, Naya Kanga, Ganesh, Manaslu, Dorje Lakpa, and more. The extended trek to Gosaikunda unveil dozens of holy lakes and passes to make your journey more pleasant.

With all that Langtang offers, it’s clearly visible why so many trekkers are drawn to this part of the world.

If you are also interested to visit this part of the world, we can help you make it successful.

So, are you ready to begin planning your trek? You can contact Mosaic Adventure at any time.