Mount Kailash is considered to be one of the most sacred places on earth and is sacred to four different religions: Buddhism, Hinduism, Jainism and Bon. Nobody has ever summated this sacred mountain and it is visited by a small number of pilgrims each year. Pilgrims come to circumnavigate the mountain, some religions go clockwise, some counterclockwise.

The path around Mount Kailash is 52km in total and pilgrims who complete this believe that it will bring them good fortune. You do not have to be apart of any of these religions, or of any religion for that matter to make this journey, many people from all over the world come here for the spirituality and peacefulness that Mount Kailash exudes. The reason for doing this pilgrimage is personal to you, whether it be to find inner peace, bask in the deep spirituality of the place and the pilgrims or simply just to experience something different, you will no doubt leave feeling replenished and enlightened.

Activities: We will meet you at the airport and drive you to your hotel, just relax for
the rest of the day to recover from your long journey.

Highlights: Bustling Thamel, an array of restaurants, bars and shops.

What’s to see: The friendship bridge that joins China and Nepal, miles of countryside and local villages.

Another day here for acclimatization/exploration.

Elevation reached: 4450m.
What’s to see: Brahmaputra River, farmers herding yak and sheep and beautiful views of the plateau and mountains ahead.

What’s to see: The wide valley, snow covered peaks, by the afternoon you will be able to see Mount Kailash and the turquoise waters of Lake Manasarover.

What’s to see: You will get a chance to perform the traditional puja that pilgrims do before circumnavigating Mount Kailash, on the banks of the lake. You will see many pilgrims performing these rituals here.

Views on offer: Waterfalls and the face of Mount Kailash.

Highlights: The first day of your pilgrimage, enjoying the peaceful and spiritual surroundings.

What’s to see: Many pilgrims going clockwise or anti-clockwise according to their religion and Buddhists performing prostrations around the mountain.

Views on offer: Magnificent views of the surrounding mountains from the pass.

Highlights: Completing this sacred journey, the chance to meditate or just sit and reflect on the Dolma Pass.

What’s to see: Yamasthal where pilgrims leave old clothes, a piece of hair or a drop of blood in hope that the terrible Yamraja (The master of death) will be distracted by these signs and will allow the Yatries (travelers) to be pass through Dolma- La Pass. Parvati-sthal and Gauri Kunda .

What’s to see: You will get a chance to visit the natural hot springs near the lake.

What’s to see: You will get a chance to visit some sacred temples and caves.

What’s to see: The Friendship bridge and Nepali farmland and countryside.

Highlights: Shopping, sightseeing, relaxing, the choice is yours!

Goodbye and farewell from Nepal and Tibet!

For Mount Kailash Pilgrimage Tour you can join existing group or book private tour just for you or your group. Private tour itinerary is tentative and can be tailored to meet your trip requirements. To book this trip, please email us with your requirements and travel date.

From $1,700
per Adult
Need help with booking? Send Us A Message 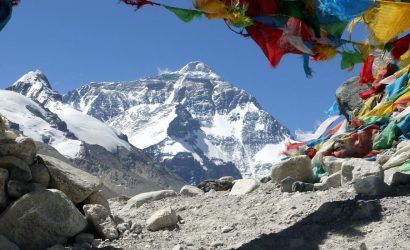