Weather on Kanchenjunga trail is varied, due to fact it traverses via different terrain at different altitudes. The starting point of the trek is Biratnagar at the elevation of 81 m while Pang Pema is 5,388 m.

Kanchenjunga base camp weather affects your trek and your success.

When to trek Kanchenjunga base camp is an important decision !!!

Bad weather on Kanchenjunga base camp not only makes for a miserable trek, most importantly it simply makes the climb twice as hard.

You’re a lot more likely to reach base camp if the weather on Kanchenjunga is good.

At top of the high pass, you might have to fight your way via ice and snow.

Climatic factors play a very important in deciding on a visit to Kanchenjunga trek Nepal.

So, let’s look at the Kanchenjunga base camp weather details over the year.

Spring is the second peak trekking season in Nepal and of course in Kanchenjunga region.

In early spring, the terrain is still blanketed with white snow. The temperatures at the high altitude are still cold but not cold as in winter.

The trail allows you for observation of stunning landscape of a wild nature. The weather conditions start to become more hospitable.

Snow everywhere becomes patchy as it melts away, and most high pass like Sele La Pass is reopened.

In the spring it is a perfect opportunity to watch the wildlife back to busting life from idle hibernation. Also,  the forest trail starts to blossom and looks good with colorful flowers.

The temperatures are more manageable. At the end of the season, the daylight increase. The long days will give you significant time to enjoy your trek.

March is the starting month of the spring season. This is when we say goodbye to winter days. The temperature starts to rise slowly in the lower terrain, but there is still a chance of cold in the high Himalayas.

April is a second month of the spring. It a fantastic month for all Kanchenjunga trek because the weather is generally super nice.

During this month, with pretty stable temperature the trail is also covered with colorful flowers. A national flower of Nepal, rhododendron flowers is full in bloom.

May is the end of the spring season. At the end of the month generally, the climate is hot and humid, especially at the lower terrain. You can expect bright sunshine or warm sunny weather across Kanchenjunga base camp.

The monsoon in Nepal is basically mid-June to early September. It is marked by long days almost 13 hours per day.

Summer in most of the region of Nepal is dominated by the monsoon. Monsoon here marked by cloudy skies and heavy downpours.

Although, rains usually occur during the evening and night. So, you can enjoy the best mountain views in the morning time. After all, the rain clears all the weather and you’ll get a breathtaking mountain view.

Although these months see rain, there’s also a good amount of fair weather days too.

Monsoon starts from the mid of June. Actually, this month is considered as pre-monsoon period. Rainfall is not frequent. The number of trekkers starts to decrease at the end of this month.

The rainfall is at its peak during this month. Due to the heavy rainfall, the trail would be slippery and muddy. This is why the number of the trekkers significantly drops.

The temperature also starts to decrease because of constant rainfall. Some teahouses are still open and the trail is lush and green.

August still gets plenty of rain. It means there is a high chance of canceled flights and trails are interrupted due to landslides. So, you might have to change the trail completely.

Autumn season is peak and the best time for Kanchenjunga trek Nepal.

The monsoon is over, however you can expect little rainfall in the first few weeks. Greenery is still left. The high altitude yak pastures look perfect.

The monsoon rains all washed away the pollution and dust. The weather is dry and clear.

The weather is reasonable, not too cold, not too hot, and not too wet. The one good thing is there aren’t as many trekkers on the trail like in the popular trekking region like Everest Base Camp trek and Annapurna Circuit trek.

The days are mainly dry, with beautiful clear skies with few clouds. Visibility is usually excellent in these months.

During this season, you’ll also get a chance to celebrate a big festival of Nepal; Dashain and Tihar.

September mark as the starting month of the best trekking season, autumn. At the end of the month, the weather is perfect. The temperature is stable neither too hot nor too cold. The views are also fantastic.

In autumn’s seasons, October is considered the best month for the trekking in Kanchenjunga region.

The temperature is so pleasant, neither too cold nor too hot. It is a perfect scenario for trekking in Kanchenjunga region. The views of the snow-capped mountain are also jaw-dropping.

November is the end of the autumn season. The temperatures in the Kanchenjunga trail starts to cool down as winter it’s in a way.

The number of the trekker tend to decrease. Despite the colder climate, the views are flawless. Along the trail, you’ll get a fab view of snow-capped mountains.

Nepal’s winter is usually December through February. The temperatures start to fall below freezing point.

The daytime temperatures are usually stable, warm, and constant. The clear view of blue sky and the mountains is phenomenal.

The days quickly grow shorter. You’ll only get about 6 hours of daylight.

This is a less expensive time of year to trek in Kanchenjunga region. The airfare, accommodations are non-peak prices.

If cold doesn’t bother you too much then this season is just for you !!!

This is a good time for Kanchenjunga trek if you enjoy solitude. Because you can trek into the trail and feel at times – like you have the whole trail to yourself !!!

December is the starting month of the winter season. As the winter approaches, snowfall begins in the Kanchenjunga region. So, the yak herders all move downwards to escape the cold.

Although the temperature is colder at the higher elevations, views are crystal clear most of the time.

January is the coldest month in the whole year. The temperatures drop down below the freezing point. Though the daytime temperature is warm, the night would be extremely cold.

During this month, crossing the Sele La Pass would be challenging. The pass will be full of deep snow and ice. You need mountaineering equipment to cross this pass during this month.

The teahouse in Sele La, Ramche, and Pang Pema are still closed. On this time, only the lower trails are good in terms of weather.

Weather in Kanchenjunga region is an adventure in itself !!!

It’s extremely unpredictable and changes frequently. One of the most challenging things about the weather is it can change from very good to very bad quite quickly.

Weatherwise, Autumn, and Spring is the best time to trek in Kanchenjunga region. Of course, the drawback is it’s also the height of the peak season. The trails are full and the ruins swarming with trekkers.

A good alternative to avoid the crowds is to head in the off-trekking seasons like monsoon and winter. Prices are cheaper, trails are quieter.

We hope you find this article useful. If you want more information regarding Kanchenjunga base camp weather you can contact us at any time. 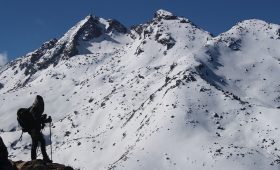 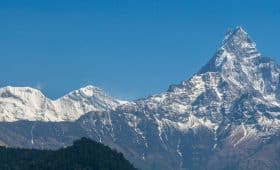 Trekking in Nepal in July 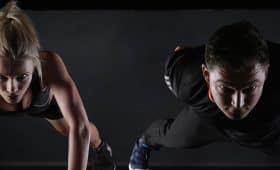 Training for Trekking in Nepal