Trekking in Nepal is one of the most popular activities. Out of many trekking regions, Trek to Mustang is becoming a popular choice among the trekkers. Mustang experiences different weather condition and temperatures during different time of the year. So, for trekking in this region you can choose whichever climatic situation you wish to experience.

Mustang, earlier known as the Kingdom of Lo, lies at an altitude of 3,840m in the North-Western part of Nepal. This beautiful, remote, and isolated region was once an independent Tibetan kingdom.

Mustang trek offers striking views of some of the highest mountains in the world. With its diverse culture and beautiful landscape, the trek only gets better.

This is because Mustang lies in the rain-shadow area of the Annapurna range. This means that the region experiences less rainfall making it perfect for the trekkers to trek even during monsoon.

It experiences a trans-Himalayan climatic condition which is cool and semi-arid. The average annual temperature of the region is about 10.9 degree Celsius during the day and rainfall is about 307mm.

It has great weather suitable for apple orchards and rhododendron forest. The very famous Muktinath temple which is a holy site for both Hindus and Buddhists is a site you should not miss. 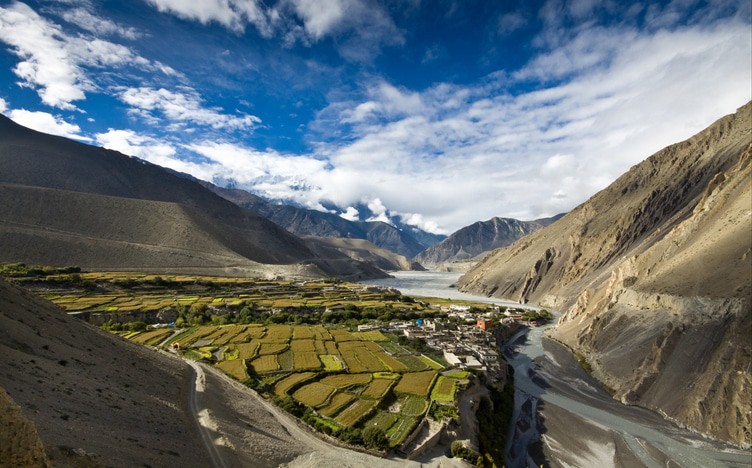 Mustang lies in the trans-Himalayan region of Nepal.

One thing you should consider before trekking to Mustang is the weather of the lower region of Nepal like Pokhara and Kathmandu.

It is because you have to pass through these regions to reach Mustang. You can travel to Mustang either by bus or flight up to Jomsom, from where the trek begins.

The weather on the trek to Upper Mustang can be quite windy during afternoon or evenings. So, it is always advised to dress in layers and wear windproof jackets and pants.

Like any other parts of Nepal, Mustang enjoys four season- Spring, Summer, Autumn, and Winter. So let us guide you through each season down below,

The local Spring season that i.e March, April, and May is a perfect example for you to hike along the Trans-Himalayan Region and the ancient trading route to Tibet.

One of the major highlight of trekking during this time is the Tiji Festival. This is the biggest festival in the region that gives you the perfect opportunity to experience the local culture and its glory.

During this time of the year in Lower Mustang, you will experience clear views of the Annapurna, Nilgiri, and Dhaulagiri mountains.

April is the least humid month.

The region experiences around 46.2% relative humidity. May is the windiest months of the year followed by April.

The average temperature in this place is about 18 to 20 degree Celsius during the day and drops to a negative degree at night.

This happens usually at the beginning of March as the winter is just leaving the region.

During April and May, the temperature doesn’t drop so low. You will have easy walks around the local villages and settlements on the trekking route.

Summer season i.e from June to August is also the monsoon season. But Upper Mustang hardly experiences monsoon because of the fact that it lies in the rain-shadow region of Annapurna range.

So, for those who have to take their annual leave during the summer months, this area makes the best trekking destination.

Since the Upper Mustang region faces no rainfall, you will get to enjoy the dry and moderate weather during this time of the year.

During this time in this area, the trail becomes wet and slippery. June is the warmest month where the temperature during the day is around 32 degree Celsius. At night it rarely drops below 21 degree Celsius.

On the contrary, during late July it is most likely to snow or rain with average 6 days of significant precipitation. August happens to be the most humid month i.e. about 77.6% relative humidity.

During monsoon in Lower Mustang, you need to make sure to wear good trekking boots for the slippery trails. Also, do not forget to take rainproof jackets and pants.

Unlike other seasons, you will find fewer crowds on the trails during this season. This will give you some solitude time with nature.

Autumn in Mustang i.e from September to November are the best months to travel Upper Mustang.

Upper Mustang is a high altitude desert consisting of beautiful gorges, caves, and canyons. It is famous for adventurous trekking. This season offers great visibility. You will get to experience a great view of the landscapes and sight of Tibetan Plateau.

The temperature ranges from 12 to 20 degree Celsius during the day and -8 to -4 degree Celsius at night. But you will be indoors in the morning and night so this should not affect you.

Yet, do not forget to bring your windproof gears since there is a strong wind from the north of the valley that dominates the entire trails.

Autumn is the most favorable time of the year for trekking in all the trekking regions of Nepal.

During this time, the trail is full of trekkers in Lower Mustang.

Lower Mustang is famous for its natural beauty. It is easily accessible throughout the year by air or land.

The average temperature of this season is about 8 degree Celsius.

Since this is the peak time, we suggest you do advance booking for flights and hotels. Doing this will save you from having to compromise on your accommodation facilities.

Winter season is from December, January to Mid February. The whole of Upper Mustang goes into hibernation mode. January is the coldest month.

And most of the people from Upper Mustang descend to lower regions to stay away from the freezing weather. Hence the villages and the tea houses in this region wear a deserted look during winter.

Trekking in this region of Mustang during this season would be challenging. Yet, it would be a heaven for the winter trekkers. But, you will need proper planning, right gears, and supplies.

Trekking in lower Mustang during this time is however suitable. But, it is always great to communicate well with the guides and take necessary precautions.

The average temperature during this season is between 23 to 19 degree Celsius.

This region does receive sporadic snowfall. Weather in Jomsom is cool during this time and is perfect for those who enjoy the snow.

You will get to witness the magnificent view of the snow-capped mountain peaks. Also, you can enjoy winter games in this part of Mustang during this time.

Some Tips to consider while traveling to Mustang

Trek to Mustang will lead you to the remote villages of the mountain region of Nepal. The region, that remains unscathed by modernization.

Trek to Mustang is suitable for any time of the year with the right preparation and equipment.

Spring and autumn are the best time to trek Mustang.

Since the region lies in the rain shaded part of Annapurna and Dhaulagiri regions, it is ideal for trekking even during summer months.

If you have any further questions, please feel free to contact us. We are more than happy to serve and guide you to the best of our knowledge. 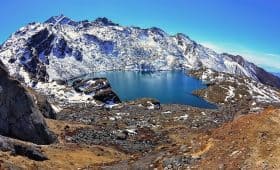 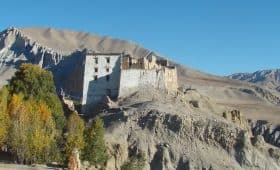 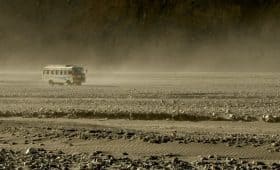 How to get to Mustang Nepal