Nepal is a small but exceptionally beautiful Himalayan nation. It is a land of assortment where variances lies everywhere. Situated in the lap of the majestic Himalayas, Nepal is known for its strikingly beautiful natural landscapes, amazing historical monuments and beautiful temples, and a unique and vibrant culture.

There are many worth the visiting travel destinations in Nepal for your fascinating Nepal tour. You can witness and enjoy the adventure, religion, architecture & heritage on the same platter of this incredible nation.

Annapurna, a colossal mastiff is the tenth tallest mountain in the world. Kali Gandaki river divides Annapurna mountain range from the great gorge that slices through the Himalayas. A range of Mount Annapurna holds huge glaciers on its slopes.

This region is a unique location in terms of an antique lifestyle of the Gurung and Tamang people settling in the most spectacular landscapes. It is a region with no physical difficulties and the favorable weather and climatic conditions for your trip.

You can opt for Annapurna circuit with Tilicho lake trek, or Annapurna Base Camp trek, or  Poon Hill trek or any other treks on that area to explore the scenic side of the Annapurna region.

Want to experience the intense pleasure of being alive, aware, and adventurous? Set yourself to a trekking and mountaineering expedition to the world’s mightiest peak Mt. Everest.

Set against the brilliant blue sky, the view of Mount Everest’s radiant snow peaks is jaw-dropping. And how it feels like being so close to the sky is a thrill beyond imagination.

Everest region offers the best glimpse of the traditional Himalayan Sherpa culture. You explore the high altitude settlement areas in the world. Plus, you get a glimpse into the life and culture of the Khumbu region and a closer view of the Namche Bazar, and Solukhumbu- the gateway to Mount Everest.

Wild roars of tigers, chirping of jungle birds, soothing breeze and the splashing ripples of the river Rapti… a visit to the Chitwan National Park may sound dream-like. But reality speaks for itself. Visit Chitwan if you believe the above statement and all the more if you doubt it.

It is among the oldest national parks in Nepal where you get to explore the nature at its best. Plus, the lifestyle and the culture of the indigenous Tharu people is no less amusing. Book this Chitwan National Park Tour.

Pashupatinath Temple, with its astonishing architectural beauty, stands as a symbol of Hindu faith, religion, culture, and tradition. Regarded as the most sacred temple of Lord Shiva in the world, Pashupatinath Temple’s existence dates back to 400 A.D.

The richly-ornamented pagoda houses the sacred linga(phallus) of Lord Shiva. Thousands of pilgrims from all over the world come to pay homage to Lord Shiva. The temple is also known as ‘The Temple of Living Beings’.

The sacred inns and several small temples surrounding the main temple adds to the beauty of the place.

Bouddhanath Stupa, the biggest stupa in Nepal, lies about 7 km east of the capital. The Bouddhanath stupa, also called by many as Khasti Chitya, is one of the oldest stupas in the country. After 1959, many Tibetans arrived and settled in the Boudhanath area.

The stupa, a well-known Buddhist pilgrimage site, is included in the World Heritage Cultural site list by UNESCO.

This is the best place for you to delve into the Buddhist culture. And, enjoy the Tibet-influenced art and architectures in a surrounding radiated with the Buddhist prayer mantras and the flags.

Durbar Squares in the valley

Listed in the Cultural World Heritage site by UNESCO, Durbar Squares – Kathmandu, Bhaktapur, and Patan are the major attractions in the valley. They feature a cluster of ancient temples, palaces, courtyards, and streets that date back to the 12th and 18th centuries.

The squares are known to be the social, religious and urban focal point of the city people.

These heritages are the live example of the age-old histories, craftsmanship, and sculptures of our forefathers. They are the example that shows how the civilization in the valley flourished.

Book Kathmandu heritages tour to explore these attractions scattered in Kathmandu the city of temples.

Once you come to Nepal, you will obtain limitless experiences. 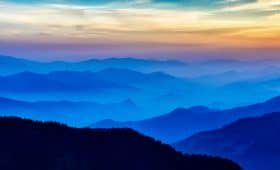 Why Holiday in Nepal is an amazing experience? 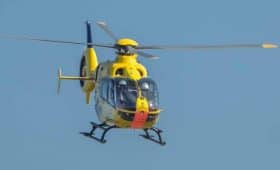 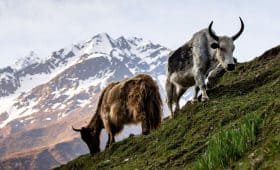 NEPAL FOR TOURISTS – NOTHING TO FEAR!