The most frequently asked questions about traveling to Manaslu Circuit is regarding the weather and temperature.

Weather is never a sure thing. But being a smart traveler you should at least looks at the climate of the area based on the past year.

Located at an altitude of about 5106 meter, the weather in Manaslu Circuit trail as you can imagine is quite unpredictable.

Quickly changing weather, clouds interchanges with sunny moments, humidity, rain, and strong winds, it is obvious that Manaslu Circuit trail has several seasons in one day.

Manaslu Circuit trek temperature and weather varies throughout the year from sunny to cold and dry to wet.

Hence, you must be prepared for anything; for wet, dry, cold, and warm conditions. It will make your trekking experience more enjoyable.

The weather conditions you’ll experience depend largely on the time of the year you trek. Normally, the temperature slightly rises during the wet season, as this is actually summer in Nepal.

Manaslu Circuit trek weather is sunny during the day, but cold during the night. The temperature drops below 0°C during the months of December to February.

Here I’ve covered information about the Manaslu Circuit trek temperature and weather based on four seasons;

Spring Season (March to May)

Spring seasons is the pre-monsoon season in Nepal. It is a season of new beginnings. Fresh bud bloom and the earth seems to come to life again. Farmers plant their seed and temperature slowly rise.

The weather is quite stable during this time of the year in the trekking area. The temperature is also fine neither too hot or nor too cold. Visibility is also good you’ll get the best mountain views ever.

Also, you don’t have to go much higher to get the best view of the snow-capped mountain.

March is the starting month of spring seasons. Actually, it offers bearable climate i.e. neither too hot in the lower altitude nor too cold in the higher altitude. Also, the lodges which are closed are opened from this month.

April is considered as the best month in spring to make your journey to the Manaslu Circuit. The beautiful colorful flowers and greenery on the trails make you feel like being in the land of heaven. Comparatively, the trekking region is not crowded in this month.

May remarks the end of the spring season and temperatures start to increase. The climate is little hot and humid during this month. At the lower altitude, trekkers feel getting sweat in the daytime. Whereas, the temperature remains mild at the higher altitude. 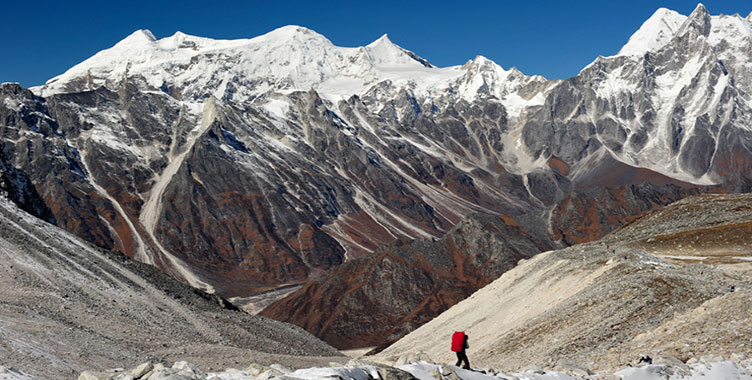 Monsoon season in Nepal runs through from mid of June to August. During this time of the year, the country receives more than 80% rainfall.

Thus, due to heavy rainfall, the trekking in this region becomes too difficult. As the trails become muddy, slippery and the chance of landslides and floods is also high.

Though the cloud and rain make monsoon season unpopular for trekking, these things add a bit of unpredictable adventure to your trek.

Due to the continuous rainfall, the temperature decrease significantly but the humidity rise. But the good thing is these months are full free of dust and pollutants in surroundings.

You can see the hide and seek game between the mountains and cloud. Due to the cloud and rain, the mountains are hidden in the clouds and sometimes become crystal clear.

After few days of soaking in rain, you’ll be rewarded with amazing views.

Likewise, the perks of trekking during this time is there will be the absence of a heavy crowd. The trails are generally isolated throughout these months.

June is the official start of monsoon in Nepal. Despite monsoon, it is one of the best times to appreciate the natural beauty of Manaslu Circuit trail. The lower valley turns a lush green and there is a high chance of glancing impressive rainbows.

The temperatures tend to slightly decrease due to continuous rainfall but the humidity increase. However, during the early days, you’ll find few trekkers on the trail.

July is also the month of the monsoon where there is a high chance of rainfall. It will rain daily but not all the time when the sun comes, it will soon get hot.

Despite the monsoon, the freshness in the air and blooming flowers make worth visiting this heavenly land in July.

Yet another rainy month and not the best time to hike Manaslu Circuit trail. But it is not a bad month to visit Manaslu region. You’ll encounter a few numbers of trekkers in this month.

Autumn season is the peak trekking season in Nepal. Once again, this post-monsoon season brings back stable weather conditions. The skies are clear, the temperature is stable, warm days and cool nights.

The Nepal big Dashain and Tihar festival are another major attraction of this season.

The climate during this time is dry most of the time, especially in the months of October and November.

The days are warm and the nights are cooler during this season. It is common for the temperatures to drop below freezing in the months of October and November. Many consider this the best time to go to Manaslu Circuit trail. However, it is also the time when Manaslu Circuit trail receives its greatest number of visitors.

September is the starting month of the autumn season. Generally, the monsoon season at the middle of September. This month comes with the stable and wonderful weather conditions. The trekking season is in full swing. Manaslu Circuit trails are busy.

October is the best month to go for trekking in Manaslu Circuit trail. The weather is perfectly comfortable and the mountain views are awesome !!!

You’ll be surrounded by the breathtaking views of the snow-capped mountain. During this time of the year, there are many trekkers in the trails so it’s a good idea to pre-book for the accommodation and transportation.

November marks the end of the autumn season. The temperature starts to decrease significantly. At the high altitude in the morning and night, the temperatures drop down below freezing point.

But the views are still same you’ll be surrounded by the breathtaking views of mountain and glaciers.

The winter brings clear skies and dry weather in Manaslu Circuit trail. The temperatures are warm during the daytime but significantly decrease as the sun sets. Thus, the temperature easily down to -20 degrees Celsius during the nighttime and early morning.

Once again, the number of trekkers in Manaslu Circuit trail decrease.

Usually, around mid-December the locals of Samdo village move downwards to Pokhara to escape the cold. Thus, the most of the teahouses are closed only a few people remain behind to look after the village.

The temperature at the beginning of the month is very cold but the skies are mostly clear. You’ll see the trails are covered with the snow so to cross the pass you might need crampons.

Since January is the coldest month of the year, you have to do enough struggle to pass the extremely cold night. Thus, only a few people can make their way to Manaslu Circuit during this month.

Many of the teahouses are closed so it is mandatory to bring tent and sleeping bags.

There is no any vast difference between the temperature in February and January. However, at the end of the month, the few lodges are open.

Note: Nevertheless the above is an indication only. You may encounter other weather patterns than the season you may be traveling in. Being subject to so many influences, it will never be extremely hot but rain, snow, and wind can never be discarded completely.

All in all, the weather and temperature during autumn and spring season is best for doing this trek.

Winter brings good opportunity for the photography with the best view of the mountain and landscapes. However, due to heavy snowfall, the high pass might be closed during this season. Also, you might get an encounter with the winter storm during January.

In early spring, the temperature is still cold and by the end of the season, the temperature slowly starts to get warm. The monsoon starts from the mid-June and temperature starts to cool down. The forest trail becomes lush green and you’ll have the ample of opportunity to see beautiful landscapes with a variety of endemic flora and fauna.

No matter the Manaslu Circuit trek temperature and weather you may have, it will always contribute to the magic and beauty of this amazing trekking region.

Contact us for booking and any information regarding Manaslu Circuit trek.

Q1. What are the best months for Manaslu Circuit trek?

Temperature always keeps changing so you need to be updated with Manaslu Circuit weather forecast. The best months for Manaslu Circuit trek is March to May and September to November. October is the best month for Manaslu as the weather is stable and favorable. The weather condition is neither too much hot in the afternoon or too cold in the night. If you would like to avoid crowd, then Aprils would be the great options. The weather and the visibility are also good. You’ll be welcomed with the blooming colorful rhododendrons flowers especially on the lower hills of the trail.

Q2. How should you prepare for the weather on the Manaslu Circuit trek?

Layers are the key while dressing for the Manaslu Circuit trail. Probably you’ll begin your day with a light t-shirt. Around the late morning, it’ll be sunny. At this point, you can change into short sleeves or shorts. Again the temperatures start to get down in the later afternoon and reach the low after sundown.

During the autumn season, while trekking below 3,500 meter at daytime you’ll be comfortable in a t-shirt and light sweater. Above 4,000 m you might require fleece jacket. During the winter season, nighttime temperatures decrease significantly, the down jacket and sleeping bag are essential to keep you warm.

If you’re planning to come during monsoon season, know that the season requires insect repellent, sunscreen, and sunglasses. Besides, you must bring waterproof clothing as rainfall can fall at any time of the year. For the rainy season, you can use a rain jacket or rain poncho as an outer shell. 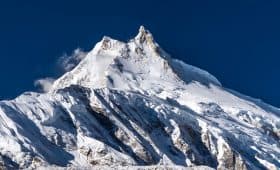 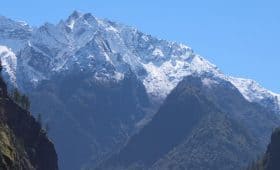 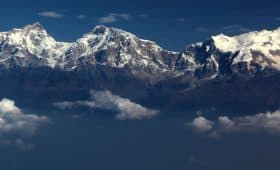